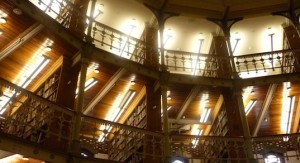 “A Pair of Blue Eyes” by Thomas Hardy; his first published novel

“Jane” by Robin Maxwell. “There is no Tarzan without Jane” — Edgar Rice Burroughs

“Longbourn” by Jo Baker; the famous “Pride & Prejudice” setting, as seen from the kitchen

“Lummox” by Fannie Hurst; a little-known treasure of the early 1900s, written by one of the first women to illuminate NYC tenement life, though the author was from Missouri

“Not Without My Daughter” by Betty Mahmoody and William Hoffer; at least as memorable for its cultural portrait as for its drama

“Smilla’s Sense of Snow” by Peter Hoeg; a thriller starring a memorable and strong woman

“The Bluest Eye,” by Toni Morrison

“The Color of Water” by James McBride, a black son raised by a white mother who kept her Jewish roots secret

“The Ghost Writer” by Robert Harris; a thriller take on the what-ifs of ghostwriting, well done to the very last word

“The Greenlanders” by Jane Smiley; powerful and epic

“The Keeper of Lost Causes” by Jussi Adler-Olsen; a thriller set in Denmark

“The Shepherd of the Hills” by Harold Bell Wright; a vintage book of Missouri life, demonstrating how landscape can be a character, too

“The Trees” and other “Awakening Land” titles by Conrad Richter, begins in 1795 Ohio; the basis of the Elizabeth Montgomery mini-series

“To Defy a King” by Elizabeth Chadwick; a fascinating method of researching the life of a real woman who lived long ago

“Voyage in the Dark” by Jean Rhys, giving a sad window into the life of a young woman in 1920s era America

“What I Didn’t See” by Karen Joy Fowler; short stories

“Windswept” by Mary Ellen Chase; rich language, about a homestead in Maine, and the people who come and go from it, of life constantly itself

“Boys Will Be Men” by Richard Hawley; mythology-based approach to understanding the lives and potential of boys

“Linked” by Albert-Laszlo Barabasi; a primer to understanding the power of networks

“Nourishing Traditions” by Sally Fallon; overturns modern dietary conventions and urges a return to traditional slow-cooking, whole food ways in which fermentation and use of marrow bones prevailed

“Number Our Days” by Barbara Myerhoff

“One Writer’s Beginning” by Eudora Welty

“The Disappearance of Childhood” by Neil Postman; on the effects of media on what childhood and adulthood look like today

“The UV Advantage” by Michael F. Holick. “The melanoma people hate this guy,” my doctor said.

“The Wilder Life” by Wendy McClure, tracing the homesteads of Laura Ingalls and her family

“The Zen of Writing” by Ray Bradbury

“Touch and Go” by Studs Terkel

“Unprotected” by Anonymous; though possibly not popular in all of its messages, essential for parents of teens and college students

“Why We Fight” ed. by Simon Van Booy

Return to Accomplish Your Project.